Flooding: the damage, the danger, and the disruptions

Posted by Antoinette Tan on 5 October 2017

Picture this: the skies darken and the air starts to tingle. A storm arrives and with it a deluge of rain, eager to fill up the dams and ready to tumble fast into the riverbeds. We stay inside our homes and watch the downpour, warm and cosy.

Then the rivers burst, splashing into the streets, seeping through the cities and flooding muddy waters into our once cosy homes. The world can change on the whim of nature and it can happen in a matter of hours, or even minutes.

But to stop the rain is to stop the world from turning. It is essential to life, and our only option is to find ways to live with it.

Flooding has a number of impacts on society, some of which we can sum these up into three categories: Damage, Danger, and Disruption.

Damage is damage to:

Danger comes in the form of danger from:

Disruption comes in the form of disruption due to:

All of these impacts also have an effect on the psychology and wellbeing of the community. Which is why it is important that the best effort is made to find solutions to the inevitable problem of flooding. 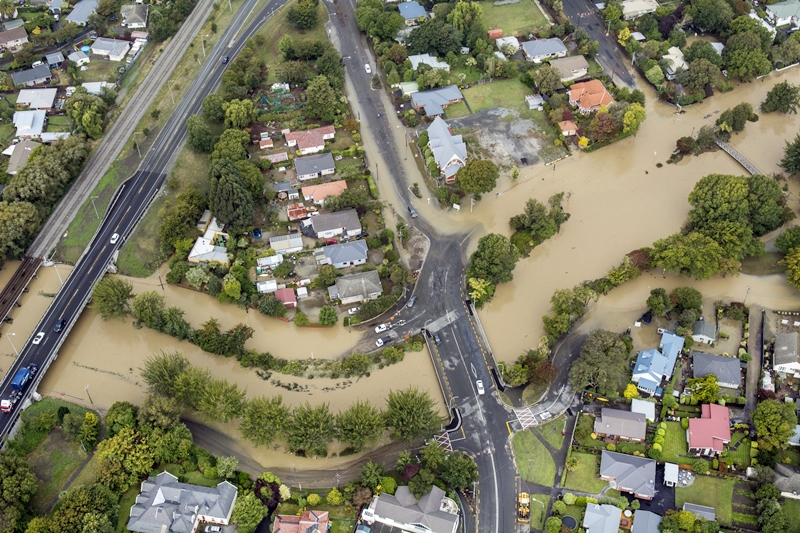 Prevention is to plan development in such a way that critical infrastructure and homes are not built in flood prone areas to begin with. Given the aesthetics of living near the water, whether by a picturesque river or in a house with an ocean view, it is not surprising that so many houses are built in flood prone areas. Due to their flood vulnerability, these areas can also be cheaper to build in, but at the cost of the danger and disruption of the people who live there. It should be the responsibility of both governing bodies and developers to understand the risks that come with building in flood prone areas and prevent this where appropriate.

Retreat is an option governing bodies can use to buy up the land used for housing or businesses and allow these areas to flood naturally again. This can often be an expensive option and may have a mixed response from the residents, given, for example, that some may be very attached to their family homes, while others may be happy with the option given that it may be difficult to sell the property otherwise.

Flood mitigation is the reduction of flood flows and depths by using mitigation options such as these: stopbanking rivers to prevent spilling, storing runoff upstream, pumping stormwater to other parts of the drainage network and applying active management plans to optimise storage and pumping.  Mitigation options can be very effective at keeping flood concerns away from the community. However they can also have the effect of giving a false sense of security, as when these measures fail there may be disastrous consequences.

Resilience is the counter idea to flood mitigation. This option allows an area to flood, utilising adaptive approaches so that the floods will not disrupt the ability of the community to function.  Examples may include floatable or wet-proofed buildings. This idea of ‘living with the flood’, occurs when smaller floods allow for communities to learn from the behaviour of flooding and adapt their infrastructure and policies accordingly, so that when a very large flood arrives it will not cause a disaster.

Numerical modelling is a unique way of assessing the potential impacts of flooding without having to face danger, damage and disruption.

Modelling can be used to assist with all four of these key processes for addressing flooding; from predicting which areas are more prone to flooding, through to calibrating models to mimic historical flooding and testing the potential effectiveness of mitigation options. Early warning systems such as flood forecasting allowing for the facilitation of evacuation plans and multi-variable sensitivity testing can attempt to predict the effects of possible worst case scenarios in the catchments.

Curious about the modelling software we use to address flood challenges? Click here to find out!

Senior Engineer, DHI New Zealand - Antoinette is a skilled engineer with more than 10 years of experience in water modelling and related activities. Based in Christchurch, Antoinette is involved with rural and urban flood assessment projects for regional and local councils as well as for private property developers. Antoinette has a keen interest in improving the understanding of flood risk to communities and in finding the best options for reducing this risk.