Ever wondered what Earth Observation satellites are capable of monitoring?

The new phase of disaster risk management: are we doing it right?

Earth Observation (EO) satellites have become increasingly smaller, cheaper and easier to launch – and they are now orbiting the earth in record numbers. This is great news for the water environment as an increased number of satellites equate to more frequent and detailed data, allowing more water challenges to be solved along with the development of new remote sensing techniques.

For these reasons, and because of their preciseness in monitoring the environment and meteorology of the Earth, EO satellites are starting to grow in popularity.

They give users a good overview of large and remote areas and have the ability to compare timeseries that show the change between seasons, years and even decades. It is also a non-intrusive method to the wildlife and natural environment.

Choosing from hundreds of different applications of EO data, here are three which show the diversity and value of satellite-derived data within water environments. Read on to see how they are used for a range of purposes.

Dredging and material handling in the aquatic environment always results in a certain amount of sediment spill, which affects the surrounding environment, causing stress and damage to fauna and flora. Since the suspended matter affects the colour of the water, satellites can be used to quantify both the spatial extent and the levels of suspended matter.

Using archived satellite data dating back to 2000, it is also possible to establish the long-term baseline conditions for any region in the world. Not only does satellite data give us an accurate baseline for comparison, it also provides us with daily information of sediment levels and sources. This makes it possible for us to identify the origin of events and determine whether they are natural or man-made disturbances.

Construction activities can thereby be optimised, and overall costs reduced. At the same time, we can ensure that environmental impacts are kept to a minimum.

Case example:
The Wheatstone project in western Australia has undertaken comprehensive environmental studies and project optimisation in accordance with their Environmental Stewardship to achieve environmental approvals. Using a solution based on satellite data, they were able to identify potential dredge impacts and critical dredge scenarios. This allowed for an effective and time-saving assessment of the environmental effects caused by disturbance during construction.

Shielding natural marine environments from human activities such as aquaculture production can be difficult. However, detailed mapping and consistent monitoring tools can give advice and guided support to the sustainable management of regions where the biodiversity is at risk.

Case example:
The Department of Fisheries in Australia, who were developing an aquaculture production zone, made use of satellite mapping of the submerged habitats to assess the potential impact on sensitive marine habitats. This was useful for them to understand the baseline of the hydrodynamics and marine biology of the bay.

It can be challenging to provide accurate and consistent mapping of water depths in shallow waters due to shifting seabed features and dynamic ocean currents. Because of this, most of the world’s coastal shallow zones remain uncharted. This is problematic for activities such as nautical navigation and exploration of the underwater environment. However, with data collected from satellites, it is possible to produce detailed and high-quality maps showing the updated water depth (also called bathymetry) in coastal zones. It is a method that is suitable for large and remote areas anywhere on the globe, and, unlike traditional hydrographic survey techniques, it does not require large investments or the associated risks to personnel and equipment.

Case example:
Greenland Pilot Service needed updated water depth maps to be able to safely navigate ships in poorly-charted waters in Greenland. With the help of satellite data, they were given information of coastlines at high and low tides, as well as the mapping of small and large submerged hazards. This greatly reduced the risk of groundings and made new areas accessible for ships. 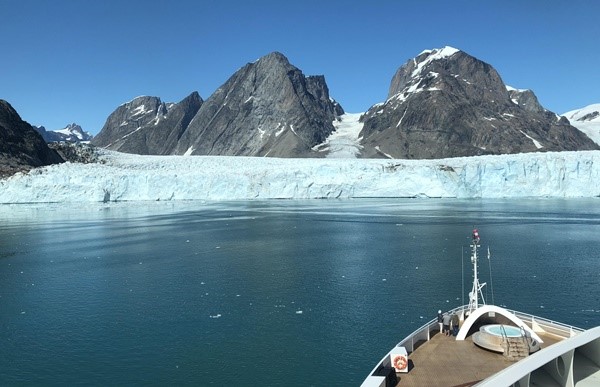 The opportunities with satellite data are many – and not just for water environments. If you are curious to learn more about the possibilities, follow us on Linkedin for more stories or contact us at gras@dhigroup.com.

The new phase of disaster risk management: are we doing it right?