Agent-based modelling: Dynamic mapping of the movements of marine life

The best tips for optimising berth utilisation in ports and terminals

Here’s the answer to eco-friendly dredging

It is without question that the effects of human-derived underwater noise on marine life are receiving increased attention from scientists, regulators and the public. One of the core issues is the displacement of marine life from important areas due to behavioural responses to underwater noise from shipping, airguns and pile driving. Another issue is the impairment of hearing, which can be temporary (temporary threshold shift, TTS) or permanent (permanent threshold shift, PTS). Both effects can, at least in theory, lead to population-wide impacts to marine species.

Assessing noise-related impacts from applicable marine development activities is now mandatory for environmental impact assessment (EIA) procedures in the United States, Europe and other parts of the world. Currently, most EIAs follow conventional analysis approaches that can be characterised as ‘static’. The impact area – in the form of sound fields emanating from the sources – is superimposed on mapped animal densities, which are based on literature assessments and/or dedicated baseline monitoring. The number of animals affected in the ‘impact zone’ is then calculated and treated as a ‘take’ from the population, often as a percentage of affected individuals from the overall population. Regulators use the number of takes as the basis for licensing decisions.

Applying static assumptions, for example, assuming non-moving animals, can, however, lead to an overestimation of impacts. This can occur when the EIA assumes – out of lack of inclusion of animal movements within the study area – that a new set of individuals is exposed to underwater sound events for each day of analysis. Also, if avoidance responses are not taken into account, it is possible that the estimated animal injury zone is larger than that of the behavioural reaction zone (i.e. the zone in which the animal moves away from the zone of danger {e.g. where TTS or PTS happens}). Such results can leave regulators with high levels of uncertainty of the actual effects and can thus lead to delays in permitting. They also do little to protect marine life from harm.

It, thus, appears necessary to include the movement of higher tropic levels of marine species in underwater sound impact analyses. This article describes the general concept of Agent-Based Models (ABM) and the attributes that make it ideally capable of replicating the movements of marine species. This is accompanied by an overview of example studies where it has been applied and, to conclude, a brief explanation of data gaps and research needs.

So how does ABM work? Read the full article at ECO Magazine. 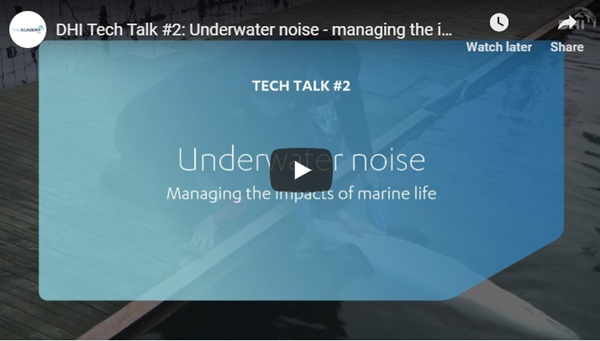 The best tips for optimising berth utilisation in ports and terminals

Here’s the answer to eco-friendly dredging