Urban waterways are water bodies in an urban environment – either naturally occurring or deliberately designed and constructed as part of a drainage system. By channelling stormwater rapidly to a common outlet such as rivers, lakes, or bays, urban waterways play an important role in reducing flooding in the cities.

Due to elevated levels of pathogens, turbidity, nutrients and heavy metals originating from anthropogenic activities, as well as discharges from wastewater treatment plants and combined sewage overflows (CSOs), the water quality in urban waterways has become a growing concern among governments and water authorities. Poor water quality in urban waterways greatly affects their ability to provide ecosystem services such as recreation, tourism and biodiversity, and hinders the life cycle of natural resources.

According to UNESCO, the global urban population is estimated to grow from 3.9 billion people today to 6.3 billion in 2050. This means that for the first time in history, more than half of the global population are living in towns and cities. Along with the rapid increase in urban population comes an inevitable decrease in freshwater quality.

In New Zealand, for example – where 86% of the population are living in urban areas – urban rivers have 30 times higher E. coli, 3.3 times higher turbidity, 19.5 times higher nitrate-nitrogen levels, and 4.7 times higher dissolved reactive phosphorous than rivers dominated by native land cover. Data collected in the past five years revealed that 94% of the total river length in urban areas is at high risk for swimming. (Ministry for the Environment and Statistics New Zealand, 2019).

It is not uncommon for urban freshwater bodies such as streams, rivers or lakes to be regarded as receptors for untreated urban runoff. Predominant pollutants in urban runoff include heavy metals such as zinc and copper, total suspended solids, nutrients like nitrogen and phosphorus, polyaromatic hydrocarbons, and pathogens such as E. coli. In some cities where stormwater and sewage are not separated, urban waterways also receive CSOs in the catchments, polluting receiving bodies such as coasts and rivers and making them unsafe for swimming and contact recreation.

Mitigation measures to reduce stormwater and wastewater contamination to urban waterways can be classified into broad categories of targeted infrastructure and source control management.

‘Targeted infrastructure’ includes upgrade of relevant water infrastructure as well as implementing water sensitive urban design (WSUD), an approach to planning and designing urban areas. WSUD promotes the use of natural resources and integration of natural water systems into urban landscapes to:

‘Source control management’ is also being considered more frequently to reduce pollution in urban waterways. For example, copper-free brake pads in vehicles are increasingly being adopted to reduce copper pollution in stormwater runoff, and stepping up street sweeping to remove suspended solids and metals is now widely practised in many cities around the world. Other management initiatives have focused on removing legacy contamination from heavily polluted waterways, through dredging, to reduce resuspension of contaminants.

Proactive management initiatives could be undertaken to identify hotspots of pollutant sources through water modelling. Relevant stormwater quality models will allow for more targeted infrastructure or management solutions to be implemented. For example, by using MIKE URBAN+, a software for urban water systems that offers full hydrological and hydraulic modelling capabilities including water quality, we will be able to model the amount of surface pollution in urban catchment and how it varies in space and time.

Ideally, the modelling software you use should also be able to handle modelling impacts on water quality by drainage network separation, stormwater treatment prior to release to receiving waters, as well as untreated stormwater overflows. For best results, it should support different methods for simulating processes related to stormwater quality, including build-up/washoff and event mean concentration methods. 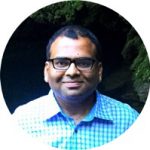 Dr. Kalyan Chakravarthy, Principal Water Quality Scientist
Kalyan is an experienced water quality specialist with strong technical knowledge of water quality issues and their management. He has a PhD in Chemical Engineering and more than 10 years of strong track record in building and executing water quality management projects in Asia-Pacific. His work has been applied by government agencies to manage coastal waters and freshwater reservoirs. He developed methodologies and guidelines that are integrated into the decision support systems used by government agencies for daily operation.

Kalyan is an experienced water quality specialist with strong technical knowledge of water quality issues and their management. He has a PhD in Chemical Engineering and more than 10 years of strong track record in building and executing water quality management projects in Asia-Pacific. His work has been applied by government agencies to manage coastal waters and freshwater reservoirs. He developed methodologies and guidelines that are integrated into the decision support systems used by government agencies for daily operation. View all posts by Dr. Kalyan Chakravarthy, Principal Water Quality Scientist

This site uses Akismet to reduce spam. Learn how your comment data is processed.

About The Reservoir | DHI Blog

It’s okay to be nerdy about water! Tap into the heads of our water specialists and engineers.
Dive into future trends and new research of managing water.

We love the world of water – do you?