Droughts are impacting countries and climate all over the world. Even though some areas are more affected than others by droughts, there is a general consensus among scientists that regions currently experiencing severe droughts will get drier and regions with regular rainy seasons, will see heavier rainfall.

As challenges and damages posed by droughts remain highly complex, there is an on-going need to find efficient ways to deal with the issues. To get an expert opinion on the subject, we asked Bertrand Richaud, Water Resources Expert at DHI, to share his perspective about the use of technology in drought monitoring and early warning systems (EWS) as an important step towards proactively enhance drought resilience and mitigate risks.

Q1: What are the biggest challenges related to drought management that we are experiencing today?

Looking at both developing and developed countries, droughts are becoming more and more common. This underlines the need to be better prepared for drought events since they most likely will become more frequent in the future. Previously, droughts were something that was highly associated with vulnerable areas typical in developing countries. However, the interesting part here is that throughout the past year, we have seen how droughts are becoming more and more impactful in European countries. For example, the summer of 2019 was quite tough and had a rather big impact on agriculture. On the other hand, drought is a phenomenon that develops slowly – it does not happen overnight. When a drought is discovered, it is in most cases already happening. Therefore, it is essential to be able to predict and detect droughts early.

Q2: How can we detect droughts early?

In large parts of the world, mainly in developing countries, drought monitoring systems that can help monitor and predict a progressing drought are not available. However, with remote sensing technology and satellite systems, we can monitor droughts almost anywhere. Today, we have an opportunity with the increasing availability of remote sensing technologies, but we need to make use of the monitored data for early warning systems and detection of droughts.

Q3: So, what are the opportunities and advantages of monitoring and early detection of droughts?

First of all, efficient drought management starts with identifying and monitoring the drought at an early stage to obtain relevant information regarding hydrologic and water supply conditions and trends. This is where early drought monitoring and warning systems could be helpful. Early warning systems provide timely and effective information to prepare for actions that can minimise the impact of droughts. Drought monitoring systems can be used to identify impacted areas as well as provide information about the current state of a drought and how it develops over time. Thereby, allowing decision-makers to monitor the development of the drought throughout various stages while giving them sufficient lead-time to decrease risks associated to crop and food loss.

Q4: In which ways can technology be used in drought monitoring and early warning systems?

The technology that is used to monitor droughts in early warning systems is based on typical remote sensing data such rainfall, soil moisture or vegetation cover. Basically, the early warning system collects the data in near real-time and calculates indicators that visualise specific areas where the drought may develop and thereby identify the areas that are especially impacted. Together with data from ground stations, remote sensing serves as an efficient way to monitor how the drought is progressing and identify critical areas where local authorities should focus their efforts to minimise drought impact and mitigate drought risk.

Overall, I would say that technology is a very important part of the preliminary stage of drought management in order to adopt a proactive approach to addressing the issues related to droughts. By proactively investing in early warning systems, decision-makers can focus more on preservation as opposed to recovery. It is important to understand not just where the most drought affected areas are, but also who and what is vulnerable and why. Early warning and monitoring systems that provide information on the frequency and severity of droughts can better identify vulnerable communities and areas. This encourages early action and can lead to the development of different mitigation measures such as water harvesting, restoring pastures, improving irrigation schemes and implementing Integrated Water Resource Management (IWRM).

Learn more about DHI’s expertise and solutions in the field of drought monitoring and remote sensing or explore the UNCCD Drought Toolbox Early Warning System tool developed by the UNEP-DHI Collaboration centre. 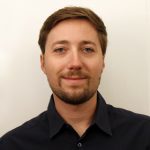 Bertrand Richaud, Water Resources Expert
With 10+ years of experience in water resources management, Bertrand Richaud has played a key role in building DHI’s applications for drought monitoring and early warning systems. By applying DHI’s technology and knowledge in various places around the world, Bertrand Richaud has been involved in several drought research initiatives as well as trained a large number of local engineers in the use of DHI’s tools.

With 10+ years of experience in water resources management, Bertrand Richaud has played a key role in building DHI’s applications for drought monitoring and early warning systems. By applying DHI’s technology and knowledge in various places around the world, Bertrand Richaud has been involved in several drought research initiatives as well as trained a large number of local engineers in the use of DHI’s tools. View all posts by Bertrand Richaud, Water Resources Expert

This site uses Akismet to reduce spam. Learn how your comment data is processed.

About The Reservoir | DHI Blog

It’s okay to be nerdy about water! Tap into the heads of our water specialists and engineers.
Dive into future trends and new research of managing water.

We love the world of water – do you?